Terrasa Walls is a project to revitalize urban art in the city of Terrasa. Through this, the commitment of citizens is acquired to contribute value and cultural interest to the urban environment and promoting the professionalization of urban artists. Currently Rebobinart is acting as a collaborator within Terrasa Walls, which is why it supported this event.

An open call was launched from Wallspot for all those artists who wanted to participate in the Terrasa Walls JAM. Among those registered, the urban artist and member of Terrasa Walls Anna Taratiel, also known as OVNI, selected a total of 23 artists. They reflected their free-themed works on a wall more than 80 meters long, provided by Aedas Homes. Throughout the day, various residents of the neighborhood came to see the works that the artists were shaping and to discover this new artistic and cultural project, which is already part of their city.

From Rebobinart we want to thank the participation of the artists, and the collaboration of Wallspot, Terrassa Crea, Magneti Studio, Terrassa Arts Visuals, Monkey Energy Drinks, the Sant Pere Nord neighbourhood association and the Terrasa City Council, for their support and for making this event possible. 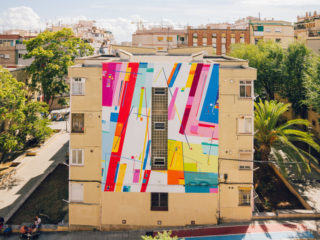 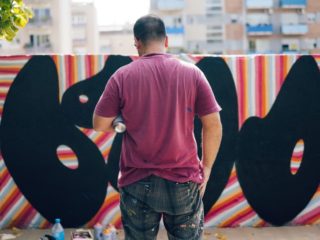