On May 25, took place the opening of the exhibition of the project No Estem Sol*s (We Are Not Alone) at the civic center Joan Oliver “Pere Quart”, which can be visited during the opening hours of the center until June 25.

No Estem Sol*s is a social project that was born during 2020 with the aim of strengthening the links of citizenship with the elderly of the District of les Corts, using art as a tool for transformation. In response to this context of isolation that the elderly have suffered during the pandemic, the District of Les Corts commissioned us to produce the project No Estem Sol*s, an artistic initiative that pays tribute to this group and, at the same time, proposes new ways to represent the elderly in the public space.

The event was opened by the councilor Manuel Becerra, who explained the project, followed by the three professionals of the project, Carlos Márquez, Laura Abad and Octavi Serra, who took the opportunity to thank the protagonists for their participation and emphasize the importance of making visible and giving a voice to the elderly. After the projection of the documentary video that explained the development of the project, María Victoria García – who participated on the project –  took the floor. She spoke very closely about her life in the neighborhood and the thousands of activities she carries out, not without mentioning that the group of elderly people needs support, but not the overprotection they often receive, since, like her, many of them participate actively in the life of the neighborhood.

The event was not only an opportunity to thank all the participants, but it was also a good excuse for the protagonists to get to know each other, and to meet to Carlos Márquez with whom they had telephone conversations of more than an hour to prepare the interviews or Octavi Serra, who was responsible for reproducing their portraits throughout the neighborhood of les Corts. 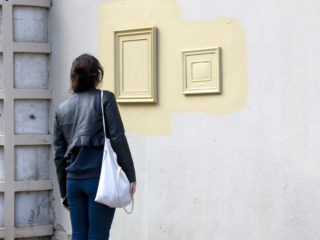 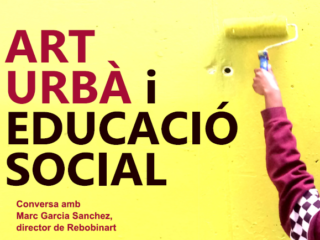