After grey and cold days, last week Viladecans was filled with color and light thanks to the new community mural by artist Amaia Arrazola executed at the Youth Resource Center Can Xic. This has been a production of Rebobinart with the collaboration of the City Council of Viladecans.

The artist chosen for this occasion has been Amaia Arrazola, muralist with great experience in large format painting both nationally and internationally. She has intervened in cities such as Tokyo, Rabat and Paris. Arrazola is also an illustrator and has published several books, among them: ‘Wabi Sabi: a month in Japan’; ‘The future is feminine’; ‘The Meteorite’; ‘Fantastic animals’; ‘Hello, how are you’ and soon ‘Simon’.

The initiative consisted in bringing young people closer to urban art, to artistic awareness and to make them participate in the process of creating the mural where their ideas, concerns and desires were expressed. The design of the mural was done through a participatory process with the young people of Can Xic where the artist was able to explain her creative process, her style and her sources of inspiration. At the same time, there was a very fruitful dialogue where the artist was able to collect several proposals made by the young people that served as inspiration and guidance when designing the mural and making the artistic proposal.

The work, entitled “Diversity”, is a hymn to youth, happiness and inclusion which, in turn, represent the essence of the spirit of Can Xic. A space where everyone is welcome and where everyone has a place. From a mosaic of diverse faces representing the variety of ethnicities, ages, genders and identities in which we move today, the mural aims to give a clear and primary message: long live diversity!

The realization of the mural has been possible thanks to: Amaia Arrazola, Deseo, Ajuntament de Viladecans, Can Xic, Pinturas Montó, Montana Colors. 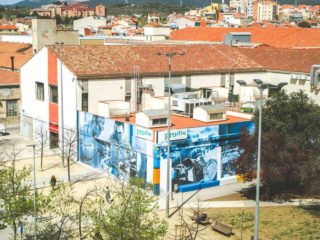 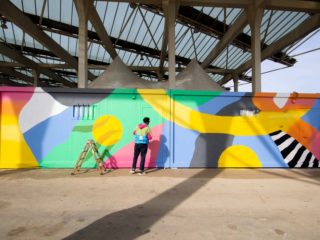