On the 12th and 13th of June we traveled to Salamanca with the artist Perrine Honoré to collaborate on Mixta’s #MixtaLimitedEdition project, in collaboration with the Código Nuevo media.

So, for two days we went to the Barrio del Oeste in Salamanca, a neighborhood that since 2013, thanks to the project launched by the residents’ association ZOES, began to cede its walls and give permission for the execution of urban artistic interventions. In this way, Mixta and Código Nuevo requested one of the walls in this area to make a mural that would give life to the city and support its campaign at the same time.

In this sense, Perrine Honoré had to make a mural where she had to integrate the six characters who embody the #MixtaLimitedEdition project, adjusting them to her style and creating a background and composition that would capture her personality. So the challenge was to know how to adapt these figures to their designs and give them a new perspective.

So, knowing Perrine Honoré’s colorful, character-filled style, we decided she was the right artist for this project. And, in fact, Perrine knew how to capture the essence of Mixta’s characters and make them play easily in his field, as he managed to integrate them perfectly into his painting technique and style. 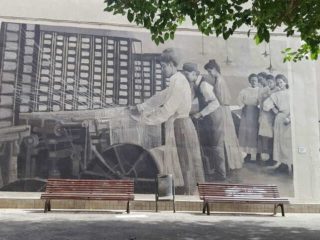 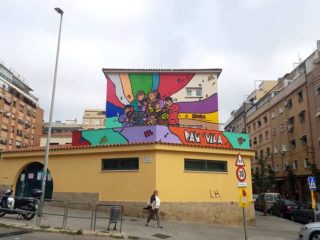