During the last month of April, Rebobinart has been managing the creation of two large format murals by Marina Capdevila at the residence Livensa Living Granada Fuentenueva of Temprano Capital Partners, in the city of Granada.

Illustrator, painter and muralist, Marina Capdevila has been the artist in charge of executing the mural of 242 square meters. She studied Fine Arts and Creative Illustration and complemented her academic training at the Wilemde Kooning Academy in Rotterdam. He has painted murals in major countries around the world such as the United States, Brazil, Mexico, Canada, Spain, Belgium, Switzerland, Italy, Holland, France, Austria, United Kingdom and Croatia. The artist, based in Barcelona, is inspired by the beauty that does not follow the normative canons of beauty and his muse is his grandmother. Being these pillars the backbone of her work, her murals are clearly distinguishable, since they are starred by elderly people who do not fit into society; temporary characters that claim vitality, the desire to squeeze life regardless of age. Any everyday situation can be worthy of becoming a work of art, and to do so Capdevila often resorts to irony, exaggeration and humor.

Capdevila’s proposal for the mural on the façade of Livensa Living Granada’s new residence is fresh, irreverent and cheeky. The artist has based his work on the popular saying: “The devil knows more for an old man than for a devil” and has wanted to subvert it. Following the stylistic line that characterizes her, the artist has opted for an elderly woman who does not follow the prototypical and archetypical image of an old woman, but rather reverses and transforms it.in the mural appears presiding over the facade a large woman of modern and carefree appearance and character with sun circles, chains, small tattoos, acrylic nails and eating candy, referring to the students and young people who will inhabit the building of Livensa. He is a character with an open mind, and is represented by the birds flying out of his boss, which are, at the same time, a nod to the neighborhood in which the residence is located: Los Pajaritos. At the same time, the birds are also a metaphor and a message to push the young students to let their imagination fly and make their creative ideas come true.

The Livensa Living Granada Fuentenueva residence is part of a group of sixteen student residences in Spain and Portugal, in addition to two tourist accommodations. All of them are designed with spaces reserved to include large works of urban art. The mural will be inaugurated after the summer, when the residence opens its doors to students and in the new academic year. This production will be joined by two more in the cities of Getafe and Alcobendas during the months of April and May. The artists in charge of these murals will be the Boa Mistura collective and the Catalan Uriginal. 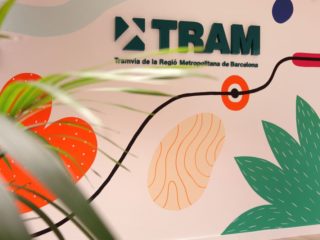 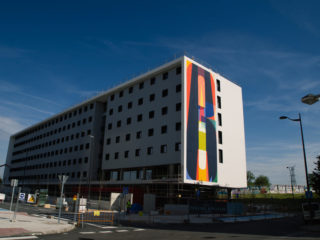