On December 13th, we held the Sport JAM at the Wallspot walls of Parc de la Bederrida. The JAMS project, that consist in the realization of different actions about various subjects have been celebrated during this year on Wallspot walls and Rebobinart has been in charge of producing them.

Gemma Fontanals and Kamil Escruela , as guest artists, were in charge of selecting the 10 participants from among all those registered in the Open Call. Those selected artists for this event were:  Selva.uno, Gaspar_ink, roledesma, bdayboy, Yoshi, Bemie, Erratic, Kopisuno, Dirty and Núria Cintero.

All of them pictured sports-themed artworks on the exterior walls of the Parc de la Bederrida, since this is one of the largest free-access sports spaces in Barcelona.

The result was a set of works, which despite having very diverse styles, managed to give a new homogeneous and sporty image to this space. We must highlight the approval and amazement shown by the different people who came by to the space during the day, when seeing the works of these Wallspot artists.

This event was held with the support of Montana Colors, Monto Pinturas and the district of Les Corts, Barcelona. Rebobinart, besides being in charge of the production, it provided the artists with enough sprays for them to execute their artworks. Once again, we want to thank all the artists for their participation, and we hope to meet again very soon in the walls. 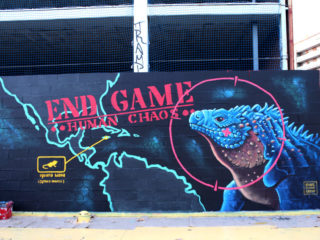 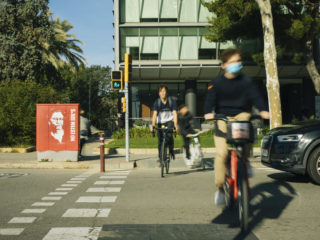 Next Project (n) No Estem Sol*s